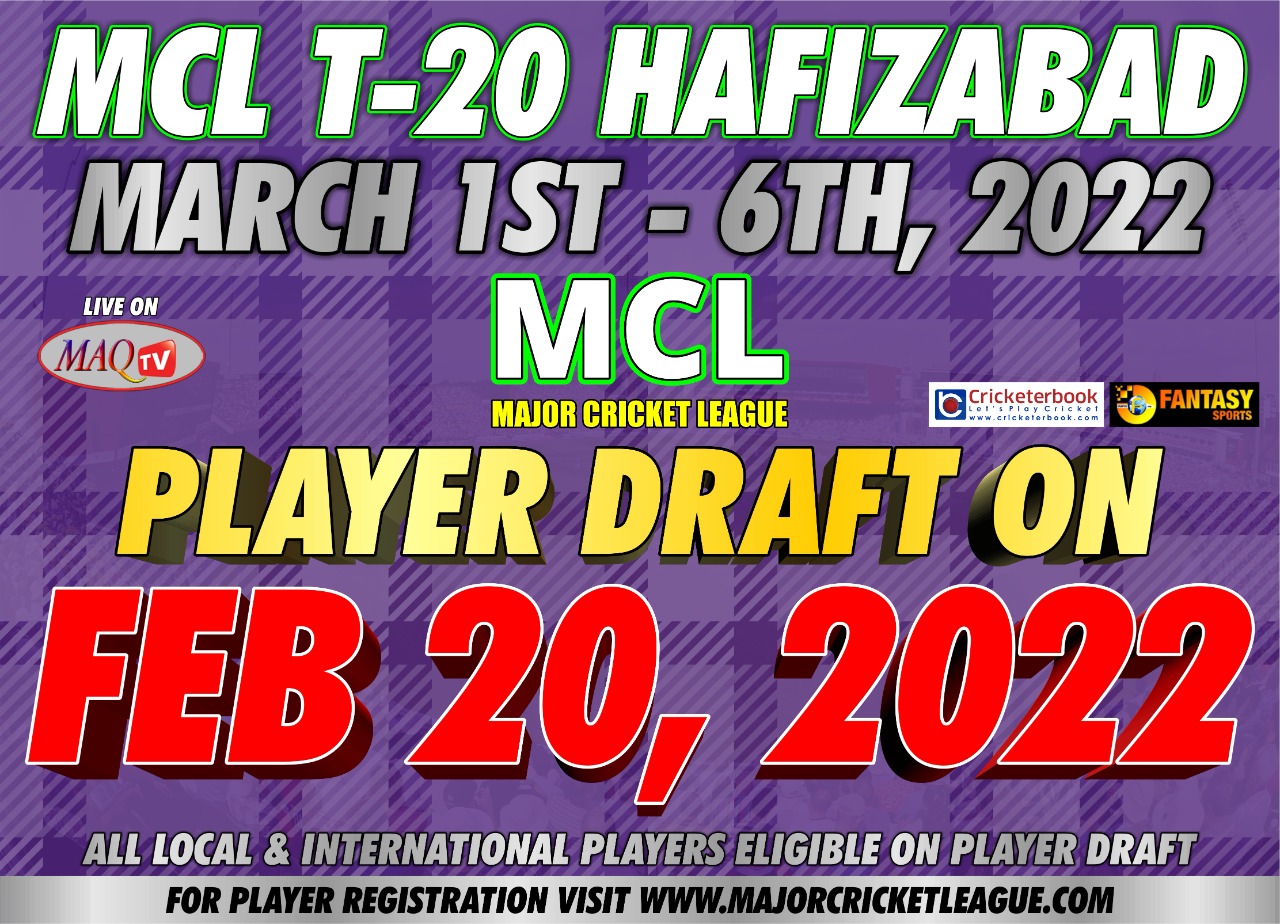 BOCA RATON/FL – USA: Cricket Council USA through their Major Cricket League (MCL) is now providing an opportunity for cricketers to play internationally.The Major Cricket League (MCL) T20 league will be played in Hafizabad, Pakistan from March 1.  This time around six teams will again take part and vie for honors and cash prizes to the tune of 2.5M rupees. The six teams taking part are defending champions Lahore Lions, Hafizabad Stallions, Karachi Sharks, Hyderabad Jaguars, Faisalabad Bears, and Islamabad Tigers. Chairman of CCUSA and CEO of the MCL Mahammad Qureshi told News925 that his organization is allowing players from around the world to get an opportunity to play internationally in Pakistan.”Players who would have registered to play at the US Open T20 and all our other leagues can just go on to majorcricketleague.com and register for the MCL. The draft is coming up on February 20 and you would want to get your name into one of the six franchises. “We have a number of tournaments around the world and we will like to give our players an opportunity to play internationally even if they did not get a chance to play in the Indian Premier League (IPL), Caribbean Premier League (CPL), and other top leagues in the world.”We have players who take part in our premier tournament the US Open T20, our USA Nationals T10 tournament, the President’s Cup, our weekend league in South Florida, our tournaments in St. Maarten and Trinidad and Tobago, West Indies. “CCUSA’s reach is far and wide with our many tournaments and we always look after the welfare of our players. We have thousands of players registered on our system and want them to develop  their game.”Once the interested player gets to Pakistan, MCL will take over from there and give them hotel accommodation, transport to the ground, and meals all free of charge. The player has to organize his own transportation to reach Pakistan.Qureshi added that players who are not registered in one of CCUSA’s leagues can still make the grade. “All the player needs to do at this point is get on to our system and register.”