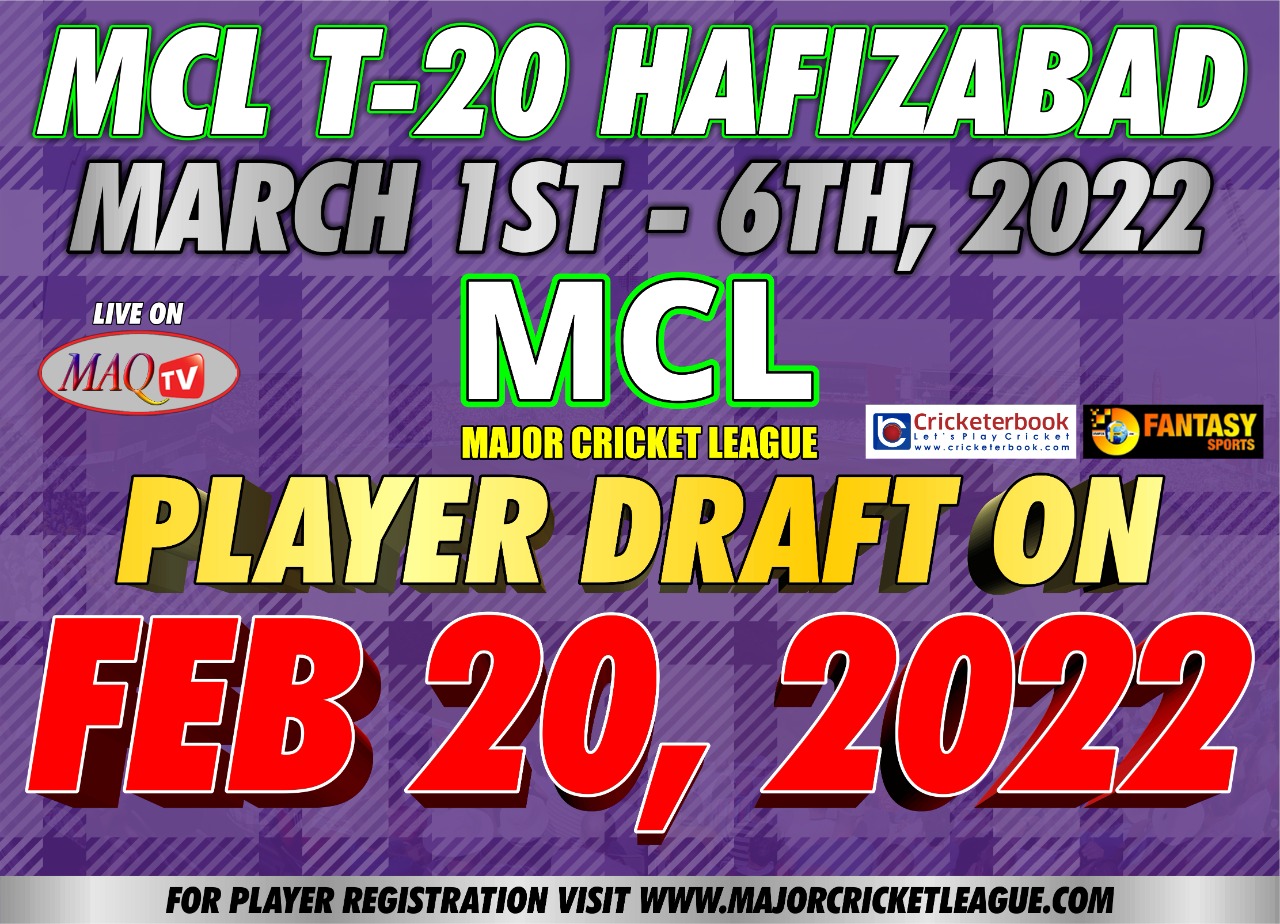 HAFIZABAD/PAKISTAN – The draft for the second edition of the Major Cricket League (MCL) Hafizabad T20 tournament will take place in Karachi Pakistan on February 20. Six teams will be taking part in the tournament that is giving away 2.5 million Pakistan rupees and team owners will be looking to staff their respective outfits with top players. Hundreds of players have registered for the draft and now they will be keeping their fingers crossed that they are picked up on February 20 when the draft opens.The first tournament was held last year at the Maq Cricket Stadium in Hafizabad and was a very successful event. This year the tournament will bowl off on March 1 and carry on until March 6.The six teams taking part are defending champions Lahore Lions, Hafizabad Stallions, Karachi Sharks, Hyderabad Jaguars, Faisalabad Bears, and Islamabad Tigers. Mahammad Qureshi chairman of Cricket Council USA (CCUSA) the umbrella body for this tournament has revealed that players can still register for the draft as there is still time.”There is still time to get on the draft sheet to stand a chance of making one of the teams. This is a great chance for players to be recognized and seen all over the world, so I want to urge you to get registered and get on board.” Those interested can log on to www.majorcricketleague.com and register.